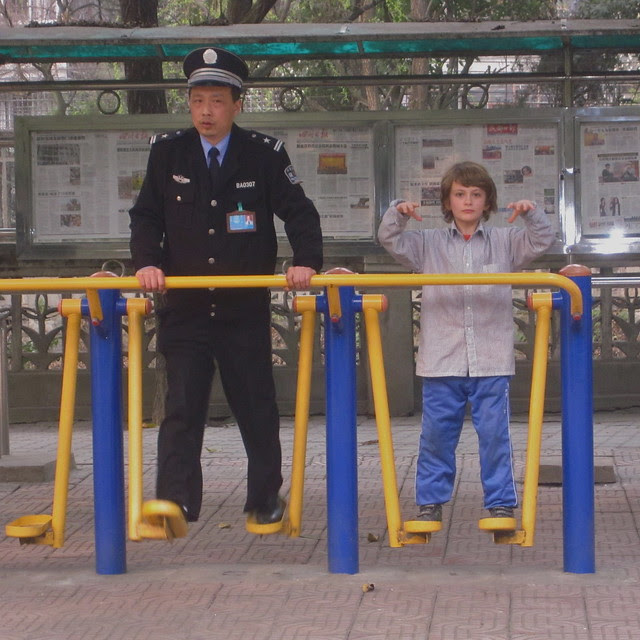 ... and this is one of them.  Enjoy!
Posted by Dave No comments: 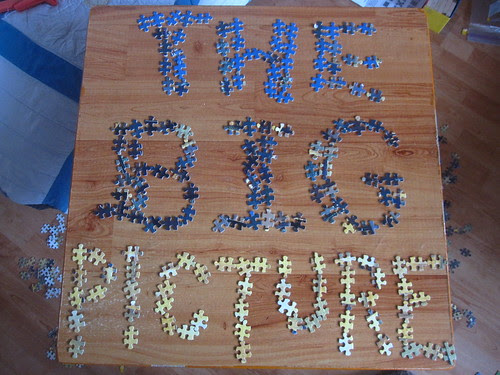 It's resume time here at Slow Boat Central, and that, combined with the approaching end of our time at Xihua University, means that I've been a bit more self-reflective than usual.  In times of transition, I'm prone to try to sum things up more than necessary, and to attach a bit too much meaning onto what really are quite ordinary events and experiences.  And don't get me started on the "wow, this is the last time I'll probably ever be doing ______" syndrome.  Blogging in such an environment can get to be downright maudlin, so be thankful that I haven't hit "publish" on some of my more sappy drafts as of late.

In the middle of this all, staring me in the face, was my resume, which of course, lists out all of my tasks and responsibilities and accomplishments associated with every place that I've worked.  Specifically, under the "ESL Instructor, Xihua University" heading were three or four lonely bullet points describing my responsibilities as a classroom teacher.  Taught classes.  Developed curriculum.  Interacted with students.  Et Cetera.

Not bad in themselves, but compared to what I've done elsewhere as a teacher, technology coordinator, and creator at jobs where I've worn upwards of 36 different hats at once, it just seemed a little, well... lacking.  Related to this, in describing what I've been doing here to others, I've sometimes had to stop myself from inserting the words "just" or "only" into conversations - as in, "I've just been teaching basic English conversation courses to college freshmen."  "I've only been teaching seven classes this semester."  You'd think by now, I'd know better, right...?

And there have been a couple of job openings that have popped up lately that are of the "Oh, wow, this job description fits me exactly!" variety.  Which means, yeah, time to get serious with the resume bit.  So yesterday, I got to work, rolled up my figurative sleeves, fired up the laptop, and took the next logical step - finding someone with a clear second perspective to collaborate with.  Fortunately, this time around, Jane happened to be free for part of the morning, so together, we sat down at the computer and put some serious thought into answering the question, "what have we been doing here, anyway?"  After about thirty minutes of talking and suggesting and counter-suggesting, here's what we came up with:
I hate to toot my own horn here, but ...  Okay, yeah, I am tooting my own horn.  And happy to do so, at this particular moment.  Looks like I have been doing something after all, haven't I?

(If you know anyone who's hiring, better tell them to hurry up and get in touch with me before someone else snatches me up...)

This morning while getting ready for school, Ysa made a beeline for her fancy white short sleeve dress. Which would have been fine, except that we've had an unseasonable return of March in the last two days, and it's been cold, rainy, drizzly, and muddy. So no white dress.

"BaiXue GongZHU, Daddy!" (yes, my Chinese is still at the level where my four year old routinely corrects my pronunciation) "She's a princess!" The TV has been on a lot, because, um... we've been lazy parents?... >ahem< I mean, it's been helping our kids improve their Chinese tremendously. So princesses have been on her mind a great deal as of late.

As we continued getting ready, Ysa told me more about BaiXue GongZu (白雪公主), the White Snow Princess, who, as her name suggests, dresses only in white. And then something clicks - hey, she's talking about Snow White! Or at least a Chinese version thereof. Which got me thinking a little bit more about princesses, both Western and Chinese, and what both versions have in common - namely, hefty tie-ins to promotional marketing campaigns and a heavy reliance on princes.

So that was the inspiration to head off to YouTube, and follow through on my weeks-old promise to tell her all about Atalanta, the fastest and smartest princess around. The version below comes straight from my seventies childhood, via Free to Be, You and Me. (Thanks, Mom!) And it has Alan Alda doing the male voices - who knew?

After that, what more is there to say? When I picked her up from kindergarten, she told me that she wanted black hair and clothes like Atalanta's. I told her that it was a very old story, and that nobody knew exactly what color Atalanta's hair was really. And as far as clothes go, Atalanta wears whatever she wants, right? That seemed to satisfy her, so I allowed myself to savor a small moment of smug parental self-congratulation as I watched her run on ahead of me. As fast as she possibly could, with her hair streaming behind her.

A video about a kid in East LA who built a cardboard arcade in the back of his dad's used auto parts store.  I'd seen this referenced around the internet a lot this week, and finally got around to watching.  It's well worth the ten minutes to see the whole movie, not just for the portrait of Caine (who is an awesome kid, by the way), but what happened when it hit the internet, and the arcade was mobbed with hundreds of visitors.  Looking at the movie's web site today, Caine has had upwards of $38,000 donated to his college fund, and climbing!  Go, internet!

I'll be showing this video to a class or two this semester - will keep you posted on the reactions in China...