We had a massively huge going away party last Sunday evening, and since it had been raining a steady drizzle from Friday onward, we decided to have the party indoors.  Which meant a heck of a lot of cleaning house. Whose stuff? The kids' stuff, mostly. Piles of papers and school tests and drawings on the backs of old student handouts that had become geological in nature.

And who best to clean up kids' stuff? Kids, of course... which means that a certain level of motivation was required. For some reason, this motivation came in the form of China Pop. Specifically, the song covered* in the video above. Over and over (and over and over) again. So now I have the mixed blessing of A) having my kids insert a singsongy brain worm into my head, which B) I have no almost no clue what it means.  On the other hand, it could be C) much much worse. [Have you read all my posts going on and on about what amazing popular music they have here in China?  No?  There's a very good reason for that...].

And D) at least they're all singing along in Chinese. I just really really hope lyrics of the song are age-appropriate. Although the image of our kids singing a catchy, cute, and utterly graphically obscene song in fluent Mandarin as we go through customs in the airport does have its own certain charm, don't you think?

*A curatorial note:  We have the real version of this song, sung by, by... um, some female vocalist that's popular with them kids these days.  The version above, judging from the position of the steering wheel, is by a high school physics teacher from Taiwan who moonlights as a truck driver.  Or the assistant manager of a Radio Shack.  Whatever - at least he's making enough money to buy his students those cool white jumpsuits...

Music for moving (and staying)

Found this during a brief bit of distraction research the other day, and showed it to the kids this afternoon.  Ysa was especially entranced, watching it four times while I made dinner.

(...although I think we'll wait a couple of years, eh?)
Posted by Dave No comments: 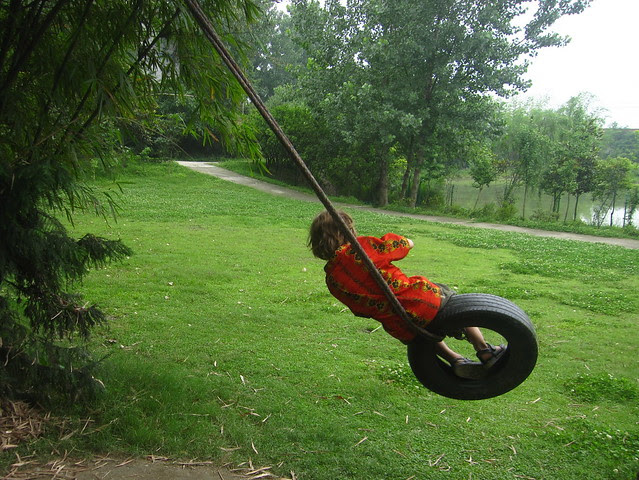 Remember that job opportunity I was hinting at?  Well, it's now switched from the realm of opportunity into the world of next September.  Yep, I've got a new job!  It's at the Chengdu Waldorf School, where I'll be teaching English to a much younger audience, indeed - first through third graders.  I will probably go on in greater detail at some point, but for now, enough to say that it fits my teaching style, there's a really great community to work with, and a lot of what both Jane and I like.  In China!

In the last three or four weeks, I've been heading over there a lot, but have been spending my time interviewing, observing classes, and teaching sample lessons.  I've not, however, taken many pictures, so for now you'll have to satisfy yourselves with the above view of X on a swing, and a brief glimpse of the primary school's courtyard, taken from just outside the third grade classroom.  Stay tuned for a slightly more detailed tour in the fall! 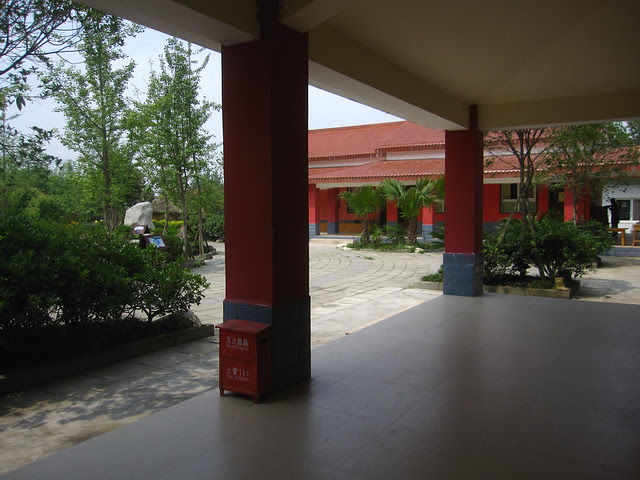 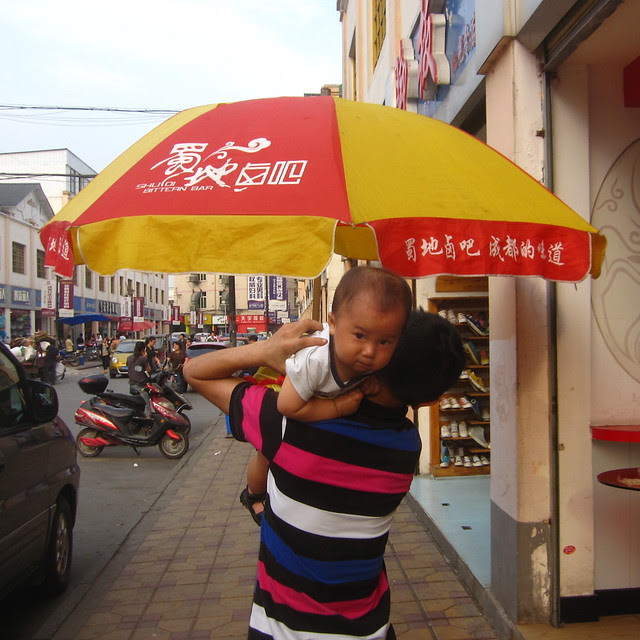 Spotted on our local side street outside the university gate a week or so ago, which started me thinking on how much can happen in three or so years.  For example, when we first came to China, this lil' guy wasn't even born yet...
Posted by Dave No comments:

Asia in a second a day

Speaking of reasons why we don't feel like we're done with Asia yet...

Kevin Kelly, one of my favorite thinkers on the internet, was in Asia for the last couple of months.  While here, he took a one second video each day, except for a few times when he cheated and added an extra second here and there.  It starts with China and moves through Southeast Asia and onward to India - amazing how well his eye has captured the amazing mix of Everything that's in this part of the world.
Posted by Dave No comments: 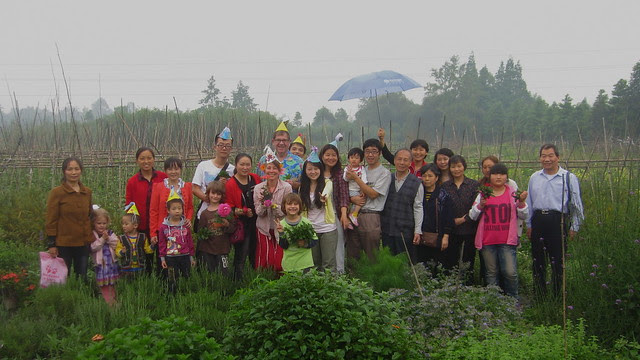 I mentioned yesterday that we're hoping to land a job in Chengdu for the fall (wish us luck, everyone!).  All through this spring, there's been this feeling that we're not quite done with Asia yet.  Above and below, a few of the reasons for us wanting to stay here.

These pictures were taken at Jane's birthday party back in May, which we celebrated out at our friend's organic farm in the countryside about an hour away from our house.  I never got around to posting them on the blog at the time (you weren't expecting anything chronological anyway, were you?), but they seem quite appropriate to post now.  I could caption them, (short version: the party Rocked!) but I think the pictures tell most of the story... 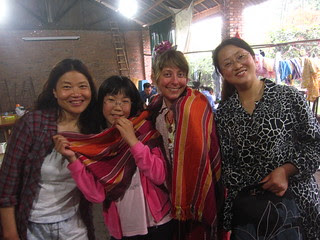 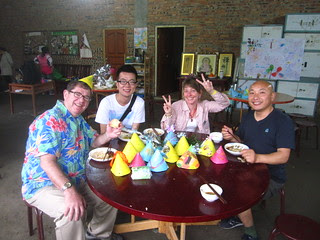 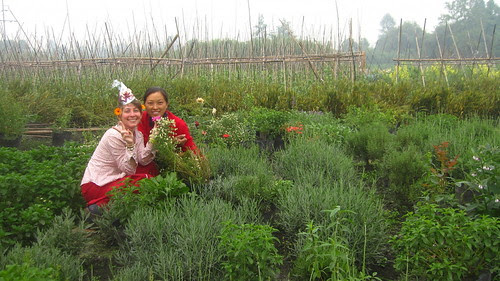 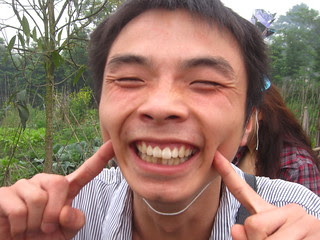 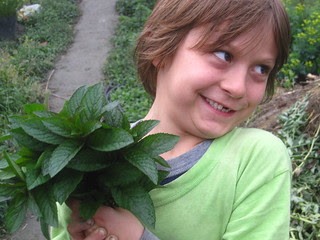 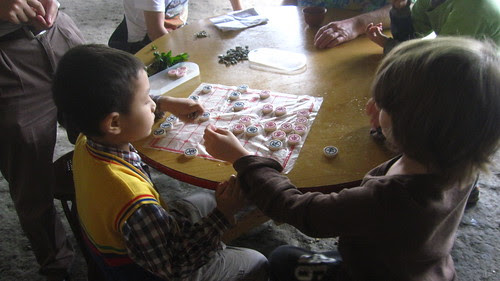 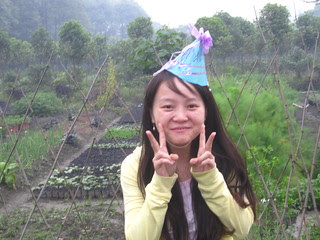 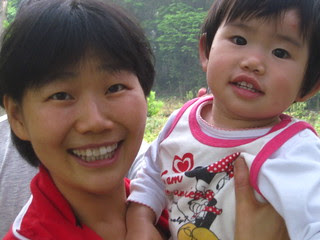 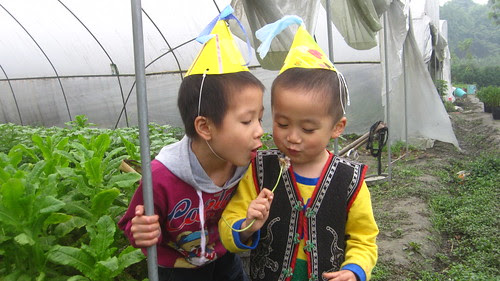 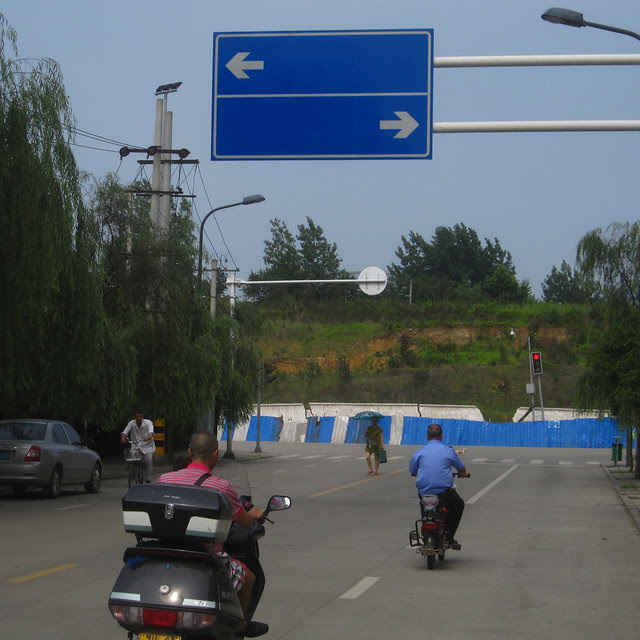 At the risk of jinxing anything, or sounding a bit foolish or strange, a little Life Situation update may be in order.  A good percentage of our last couple of weeks here at Xihua University has been devoted not to finding closure with friends (although we've been doing plenty of that), or doing favorite things for the Last Time (ditto on that), or even (heaven forbid!) packing.  Instead, we've been following up on a job opportunity, here in Chengdu!  I don't think I'll say much here about it, except that it is A) exciting and promising, B) fits our values in so so many ways, and C) came alone so late in the game that it's, ummm..., still undecided.  As in we may get a job and a visa to be here in the fall, and .. we may not.

So, not for the first time, we find ourselves still living in a strange land of limbo, between two places, with nothing concrete at either end.  If a decision gets made to hire us, we're here in China - if not, we're back in the States.  So, much like Schrödinger's cat, (if you were paying attention in your physics class) we find ourselves occupying two separate realities simultaneously. Except that no cats will be killed in this thought experiment, only made homeless.  (More on that in an upcoming post...)

The funny thing about it?  It should make me feel utterly beside myself crazy, right?!  But somehow, it doesn't.  Well most of the time, anyway.  I could view it as being out of control of my life, but it doesn't feel like that.  After all, I'm not a victim of anything here, unless I'm the victim of a great opportunity that I just barely caught.  It feels more like, hmmm, waiting?  Floating?  Surfing.  Skiing.   Making decisions, then letting gravity do the rest of the work.  Channeling my inner Pat Morita from Karate Kid.  (Note to self: maybe I should actually get around to watching that movie soon)

Things I wish I'd had the camera for

Over the weekend, I had a chance to make a solo overnight trip up Qingcheng Shan, a mountain complex of Taoist temples that's actually not too far from here - a twenty minute ride on the fast train, and a half hour bus after that.  We had gone there as a family about a month after we first arrived at Xihua, and I wanted to go back for a bit of personal closure and meditation time.

What a difference three years makes!  (And a national holiday, traveling solo, language proficiency, and a side of a mountain)  When we first went, we went on National Day, along with 15,000+ other people who had the same idea, and who all seemed to want to take our picture.  At the temple where we overnighted up at the top of the mountain, there was an island of calm and tranquility, but coming up and coming down resembled a ride at Disneyland more than an experience of nature for most of the trip.  Having paparazzi swarms of photographers clumping around our sore-footed kids every time we took a rest break didn't help matters, either.

This time, there were still overzealous photographers, but only around fifteen or so, and I was able to sail past with a polite "no thank you", and continue on up the mountain.  This time, I went up the back of the mountain, which had only one temple at the top, and had much fewer crowds.  I had a hat, a small shoulder bag, and a journal and sketchbook, but no camera.  The camera, I left at home on purpose to stay more focused on the moment, but the photo junkie in me was saddened several times as I hiked past several great photos, just waiting for a device to record them.  I did have a pen, so following, for your (imaginary) viewing pleasure, copied straight from my notebook, a list of the snapshots I (kinda sorta) wish I'd taken.